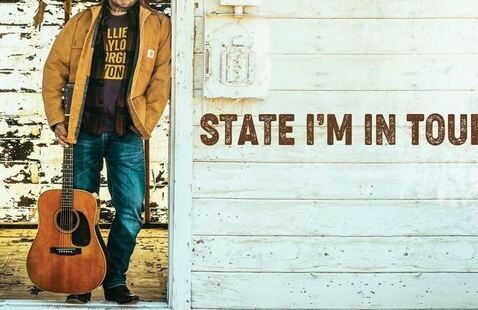 https://www.ticketmaster.com/event/160058349C2E4D53
View map
Add to calendar
Save to Google Calendar Save to iCal Save to Outlook

Whether topping the charts as frontman of hard rock heroes Staind, or his second act as a No. 1 artist on the Country charts as a solo artist, Aaron Lewis has always been painfully honest in his music.

Known for his outspokenness, impassioned live show and Outlaw Country tunes, Aaron Lewis is back with a new album, the Buddy Cannon-produced STATE I’M IN (The Valory Music Co.). His third solo Country album had its debut at No. 1 on the Country Albums chart earlier this year. This is Lewis’ second consecutive No. 1 Country album following the success of his 2016 project SINNER

Lewis is currently headlining the STATE I’M IN TOUR that spotlights his outlaw Country roots.