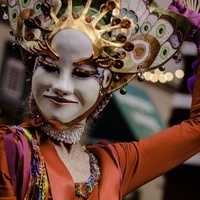 Don became the first Canadian to win the U.S. National Fingerpick Guitar Championship. He won again in 1996, still the only two-time winner of the competition. He signed a recording deal with Toronto-based Duke Street Records and released three CDs for them between 1989 and 1993. He then recorded three CDs for Sony/Columbia between 1994 and 1997, and then three more for Milwaukee-based Narada Records between 1999 and 2003. Don has released numerous CDs and DVDs for the new label, including his new album, A Million Brazilian Civilians, on CD and see-through orange vinyl. Don has toured regularly since 1989, across Canada, the USA, a dozen European countries, Japan, Taiwan, China, Australia, Russia and India. He has played with symphony orchestras in Canada and Germany, and collaborated live and on recording with U.S. guitarist Andy McKee, Canadian singer/guitarist Brooke Miller, Canadian guitarist Calum Graham, & Toronto bassist Jordan O’Connor. He also composes scores for television, radio and film, and does production and recording engineering for a variety of other musicians. In addition to acoustic guitar, Don also plays electric guitar, slide dobro and lapsteel guitar, harp guitar, voice, piano, keyboards, bass guitar and drums. He has just started learning to play the Kelstone, a 9-string guitar developed by Belgian musician/inventor Jan Van Kelst.

Boston-based Acoustic double-neck guitarist and Candyrat recording artist Ian Ethan Case is quickly becoming recognized as “one of the most creative and engaging fingerstyle guitarists in the world” (International Center for Creativity.)

After a decade of composing and performing around the country largely under the radar, in 2015 a viral facebook video of his song “Butter II” introduced his music to over 6 million listeners around the world in the course of a month. In addition to a record deal and endorsements with companies such as Ovation guitars and Boss pedals, 2016 and 2017 provided extensive touring opportunities throughout Europe and the United States, including two performances with a full symphony orchestra.

Spencer Elliott is also signed with Candyrat records along with Don Ross and Ian Ethan Case and is local to Charleston, West Virginia. Spencer began composing instrumental piano music in his early years — his influences mainly consisting of contemporary composers like George Winston. It was later that he picked up the guitar, yet at that time he was also influenced by punk and alternative genres. For more than two decades, Spencer performed as a vocalist and occasional guitarist in a number of punk and alternative bands. It wasn’t until 2007 that Spencer turned his focus to progressive steel string guitar. Spencer spent several years taking inspiration from artists such as Michael Hedges, Don Ross, Andy McKee and Antoine Dufour.

Tickets: $20 at Clay Center box office or at tickets.theclaycenter.org (fees may apply)