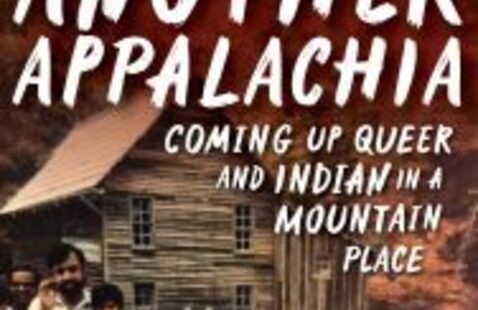 http://www.taylorbooks.com/event/book-event-with-neema-avashia-feat-catherine-moore-another-appalachia/?instance_id=7549 #cwv
View map
Add to calendar
Save to Google Calendar Save to iCal Save to Outlook

When Neema Avashia tells people where she’s from, their response is nearly always a disbelieving “There are Indian people in West Virginia?” In Another Appalachia: Coming Up Queer and Indian in a Mountain Place, Avashia examines both the roots and the resonance of her identity as a queer desi Appalachian woman, while encouraging readers to envision more complex versions of both Appalachia and the nation as a whole.

Avashia has been a middle school teacher in the Boston Public Schools since 2003, and her essays have appeared in the Bitter Southerner, Catapult, Kenyon Review Online, and elsewhere.

“Another Appalachia is a breath of fresh air, a work that the public is in dire need of reading. Wide and expansive as the land the author calls home, this essay collection subverts the mainstream’s hyperfocus on white male-dominated narratives from rural America and commands your attention from the first page to the last word.” – Morgan Jerkins, author of This Will Be My Undoing: Living at the Intersection of Black, Female, and Feminist in (White) America and Caul Baby

“Neema Avashia, in this book, has named the unnamed, spoken the unspoken so that it does not become—to paraphrase Adrienne Rich—the unspeakable, and she has done so in language that is both lyrical and direct, both entertaining and edifying, both challenging and generous. I love this book and believe it introduces an important voice in America’s ongoing racial reckoning.” – Rahul Mehta, author of No Other World

“An essential text to add to the new canon of Appalachian writing—a compassionate and rigorous memoir of the author’s experience growing up as a queer Hindu child and teenager in a small community of West Virginian Indians. Another Appalachia is a bright and deeply empathetic portrait of a complicated place, a place that Neema Avashia allows to be multifaceted in the way it deserves.” – Anna Claire Weber, White Whale Bookstore

Catherine Venable Moore’s writing has appeared in Best American Essays, Oxford American, VICE, and elsewhere. She grew up in the Mountain State and earned an MFA in poetry from the University of Montana. In 2021, she was named a Public Scholar by the National Endowment for the Humanities. Moore’s work has also earned fellowships from the Whiting Foundation, MacDowell, Millay Arts, Vermont Studio Center, and MASS MoCA. Catherine is the co-founder of the West Virginia Mine Wars Museum, among other public history projects, and lives in Ansted, West Virginia.