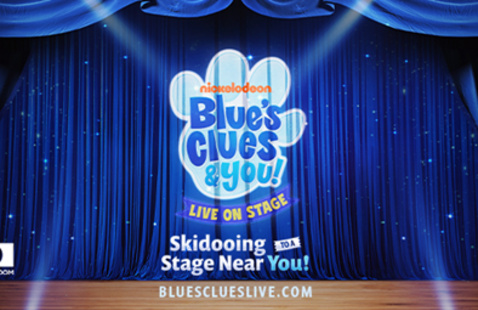 Round Room Live and Nickelodeon announced the first 50 plus cities for the U.S. tour of Blue’s Clues & You! Live On Stage, a brand-new theater production based on the hit preschool television series Blue’s Clues & You!, with a special stop in Charleston on October 05, 2022. Featuring all the beloved characters from the series, including Blue, her friends Magenta, Rainbow Puppy and many more, this new original musical adventure will have kids of all ages singing and dancing in the aisles.