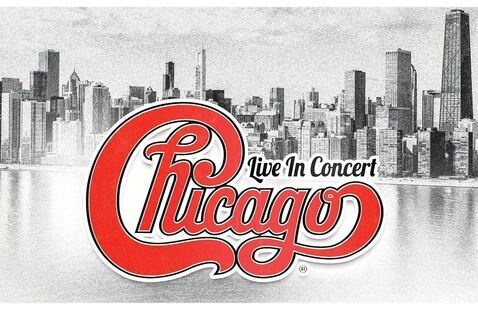 https://www.ticketmaster.com/chicago-charleston-west-virginia-12-03-2021/event/160058458B022FAA
View map
Add to calendar
Save to Google Calendar Save to iCal Save to Outlook

All tickets purchased for the original show date will be honored at the rescheduled date, and no further action is required at this time. For any further ticket inquiries please reach out to point of purchase.

Formed in 1967 in the band’s namesake city, Chicago is one of the longest-running and best-selling groups of all time. It’s the first American band to ever chart albums in Billboard’s Pop Top 40 in six consecutive decades, the highest charting American band in Billboard’s Hot 100 All-Time Top Artists and the #4 band on Billboard’s All-Time Top Bands and Duos list. The group’s extensive accomplishments include: two Grammy Awards®, multiple American Music Awards, 11 Number One singles, five consecutive Number One albums, and record sales in excess of 100,000,000, with 47 albums earning gold and platinum certification. Chicago was inducted into the Rock & Roll Hall of Fame in 2016, and Chicago's first album, Chicago Transit Authority, was inducted into the GRAMMY® Hall Of Fame in 2014. Robert Lamm and James Pankow became inductees of the Songwriters Hall of Fame in 2017. These legendary songwriters wrote mega-hits such as, "25 or 6 to 4," "Saturday In The Park," "Feelin' Stronger Every Day," "Make Me Smile," and many others.