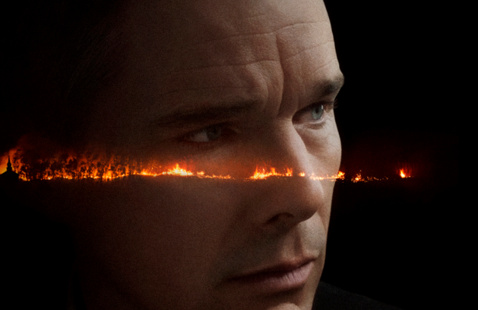 https://www.showclix.com/event/first-reformed #WVIFF
Free Event
Add to calendar
Save to Google Calendar Save to iCal Save to Outlook

Head to the Underground Cinema by WVIFF for August's feature film: First Reformed

Reverend Ernst Toller (Ethan Hawke) is a solitary, middle-aged parish pastor at a small Dutch Reform church in upstate New York on the cusp of celebrating its 250th anniversary. Once a stop on the Underground Railroad, the church is now a tourist attraction catering to a dwindling congregation, eclipsed by its nearby parent church, Abundant Life, with its state-of-the-art facilities and 5,000-strong flock. When a pregnant parishioner (Amanda Seyfried) asks Reverend Toller to counsel her husband, a radical environmentalist, the clergyman finds himself plunged into his own tormented past, and equally despairing future, until he finds redemption in an act of grandiose violence. From writer-director Paul Schrader (Taxi Driver; American Gigolo; Affliction) comes a gripping thriller about a crisis of faith that is at once personal, political, and planetary.

Tickets: $5 Students, $9 Adults at wviff.org and at the door

About the Underground Cinema:

The Underground Cinema is Charleston, West Virginia's nonprofit, independent movie theater - a place to see foreign, local, documentary, and indie films in an intimate setting. Located in the basement of Taylor Books' Annex Gallery, visitors can enter through Taylor Books or through our alley entrance in the alley between Capitol Street and Hale Street. Over 30 years of showcasing films in West Virginia, the WVIFF recognized the need for a singular space to screen movies year-round. The Underground Cinema is the culmination of that vision and will combine with the Spring and Fall installments of the WV International Film Festival to provide audiences with an even broader offering of films in a cozy, hip setting.