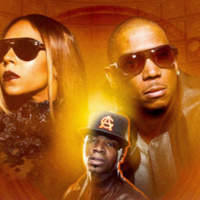 Ja Rule has been nominated for two American Music Awards and four Grammy Awards with his collaborators Lil' Mo, Vita, Ashanti and Case. Following the release of his platinum-selling debut Venni Vetti Vecci (1999), he released his second and third albums Rule 3:36 (2000) and Pain Is Love (2001). Both albums topped the US Billboard 200 album chart, launching him into the mainstream, selling over a combined 15 million records to a wide audience, and attaining triple platinum status from the Recording Industry Association of America (RIAA), becoming his best-selling albums to date. Rule followed up with his fourth, fifth and sixth albums The Last Temptation (2002), Blood in My Eye (2003), and R.U.L.E. (2004), with Temptation attaining Platinum status and R.U.L.E. reaching gold status. As of 2018, Rule has sold 14.4 million units in the USA and has sold over 30 million records worldwide. In 2019, he joined the main cast of WeTV's Growing Up Hip Hop: New York.

Grammy Award-winning singer/songwriter, actor and author Ashanti burst onto the music scene with her 2002 smash hit, self-titled debut album “Ashanti.” It landed the #1 spot on both the Billboard Top 200 and R&B album charts, selling a whopping 504,593 units in its first week. Her first week showing set a SoundScan record as the most albums sold by any debut female artist in the chart’s history, granting her a spot on Guinness World Records. With her hit song, “Foolish,” Ashanti also secured the #1 top spot on SIX Billboard charts simultaneously, including Hot R&B/ Hip-Hop Airplay, The Billboard 200, Hot R&B/Hip-Hop Singles and Tracks, Hot 100 Airplay, Top R&B/Hip-Hop Albums and Hot 100! “Foolish” stayed on the Billboard charts for 11 consecutive weeks. She made Billboard history by having her first three chart entries land in the top 10 of the Billboard Hot 100 at the same time. She is the first female to accomplish this feat, previously only attained by the Beatles.

Heartthrob Plies makes the young ladies swoon with bedroom ballads like platinum single “Shawty” and certified gold singles “Bust It Baby Part 2” and the Akon-assisted “Hypnotized.” Or it could be the way the streets respect this hard-edged hustler for crude but honest depictions of life in the belly of the beast on cuts like “Bid Long” and “100 Years.” Or perhaps it’s how the Fort Myers, FL native bears his soul onto heartfelt tracks like emotional testaments “Somebody (Loves You)” and “Family Straight.”

Whatever the reason behind his many musical accomplishments, Plies has done something that only a small handful of rappers could ever accomplish. In just a few short years, he has won over just as many starry-eyed teenagers and hardcore thugs as he has bleeding hearts and R&B fans alike.

His fourth album in, Goon Affiliated, one of the realest rappers to breathe on a microphone sticks to the same straightforward style that has garnered him across-the-board success.