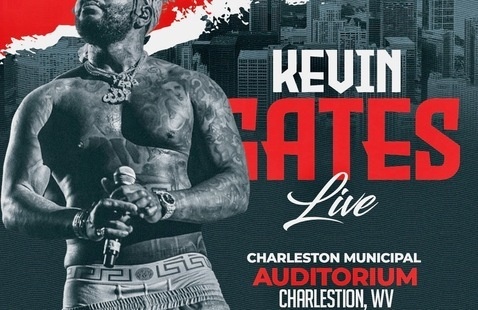 https://www.chaswvccc.com/events/2022/kevin-gates
View map
Add to calendar
Save to Google Calendar Save to iCal Save to Outlook

KHAZA is heralded by today's premiere of the new track, "Bad For Me," available for streaming and produced by DJ Chose & P-Crisco.

The album is produced by 3x GRAMMY® Award-nominee T-Minus (Drake, Kendrick Lamar, Young Thug), "Big Lyfe" was met by widespread media attention, with REVOLT declaring, "The brand new offering sees Kevin Gates spit some bars about appreciating the journey you're on and life you're living." "The rapper's success and spirituality align over electrifying production," wrote HotNewHipHop, "celebrating the power of positivity and purpose."

Prices are subject to demand and can change at any time.