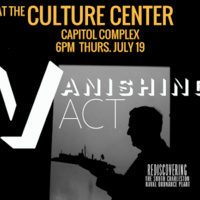 CHARLESTON, W.Va. – Kyle Warmack will present “Vanishing Act: Rediscovering the South Charleston Naval Ordnance Plant” in the Archives and History Library at the Culture Center, State Capitol Complex in Charleston on Thursday, July 19, 2018. The program will begin at 6 p.m. and is free and open to the public.

Despite its central role in American military developments of the last 100 years and the direct involvement of many well-known national and local politicians, the South Charleston Naval Ordnance Plant has received little recognition and brief recollections since its conversion to an industrial park in the 1970s. Warmack will discuss not only the factory’s origins and development, but also the process of recovering its history piece by piece--from Navy records in the National Archives to Massachusetts Institute of Technology yearbooks. He also will share a sneak preview of the South Charleston Interpretive Center’s special Ordnance Plant exhibit that will be open this fall.

After graduating from the UCLA School of Film and Television, Warmack spent a decade working as a chief lighting technician and cinematographer in Los Angeles before moving to West Virginia in pursuit of opportunities in historic preservation. He is a fulltime AmeriCorps member with the Clio Foundation (based at Marshall University) and designer of the South Charleston Interpretive Center’s Century Strong exhibit, which will be open next to the Naval Ordnance Plant from Sept. 3 to October 27, 2018.

Participants may park behind the Culture Center after 5 p.m. on July 19 and enter the building at the back loading dock area. There also is limited handicapped parking available in the new bus turnaround.