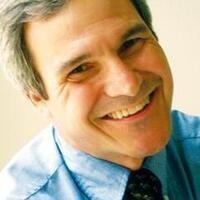 Hey CZ fans! We're excited to announce that the Comedy Zone is back in action with new shows, a new menu, new times and more!  Doors Open and Pre-Show food and beverage menu available at 7pm.  Shows start at 8pm.  COMEDIANS: Mark Klein -  Mark started doing comedy so that he could make extra money while he was pursuing an English degree at Colgate University. Soon after he graduated, he began touring the country playing venues ranging from comedy clubs to large concert halls.  After more than 20 years of live appearances and network TV appearances, Mark decided that it was time to bring his pro business message to those who would appreciate it most – business people. Mark is now one of the top corporate entertainers in the market. He now performs for Fortune 500 companies, such as Lucent Technologies and Brown-Forman, as well as smaller companies and business associations Jamie Utley -  Jamie Utley was born a beautiful, normal, healthy baby...and then things went wrong. Jamie takes the audience on a rollercoaster thrillride, showing them what the world looks like through his eyes as he guides them along the twists and turns of his experiences with his dysfunctional family, relationships, being a single parent, staying sober in recovery, and male-bonding. Jamie Utley toured on the Monsters of Comedy with Ralphie May and Jim Breuer, starred on Laughs on FOX, and has appeared on The Bob and Tom Show and Fridays with Jim Breuer on Sirus XM Satellite Radio.s XM Satellite Radio.