'Magisterium of the People' at the WVIFF Underground Cinema 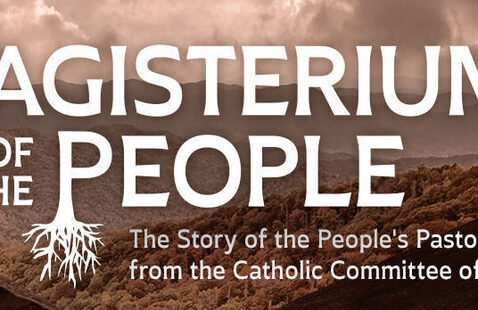 Floralee Hark Cohen Cinema, Located under Taylor Books. Enter through alleyway or Taylor Books' Annex Gallery $5-$9
Add to calendar
Save to Google Calendar Save to iCal Save to Outlook

Magisterium of the People, Not Rated, Runtime: 43 minutes

In the mountains of Appalachia, the people and the land face exploitation and indifference. A small community of believers seeks to give them a voice and to change the story of the region.

Sponsored by the Catholic Committee of Appalachia. Panel discussion on January 7th following the film.

Screenings every Monday in January at 7:00pm.

The Underground Cinema by the West Virginia International Film Festival will screen three new films in the month of January for the final installment of “A Season of Film”. In addition to the monthly feature films, the Underground Cinema will also feature an issue-related film for their “Movies that Matter” series on Mondays.