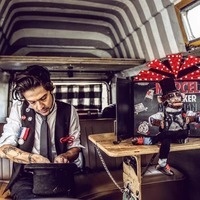 It's magic through the lens of the Maker Movement! New York-based touring children's performer Mario the Maker Magician is known for his handmade robotic creations, upcycled props and new school slapstick character. As seen on Sesame Street, Sprout, and live on tour with David Blaine. Mario's show is an upbeat, hilarious and very interactive experience that leaves children and families inspired to nurture their own creative paths. David Blaine calls him "the best kids' magician in the world!!"

Show duration: 60-70 minutes with no intermission. Ideal for ages 4-10 and their families.

Register
This event content is powered by the Localist Community Event Platform.