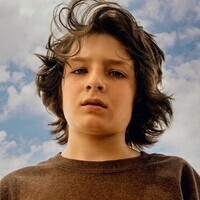 Mid90s at the WVIFF Underground Cinema

Check out the Underground Cinema by WVIFF for one of their December feature films: Mid90s

About the film:
Mid90s is a 2018 American coming-of-age comedy-drama film written and directed by Jonah Hill, in his feature directorial debut. It stars Sunny Suljic, Lucas Hedges and Katherine Waterston, and follows a 13-year-old boy who begins to hang out with an older group of skateboarders while living in 1990s Los Angeles.