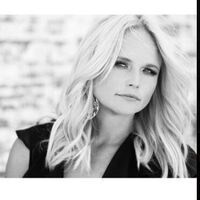 Miranda Lambert has found the perfect way to nurture two of her passions - music and mutts - through a partnership with Kanawha-Charleston Humane Association at the "Fill the Little Red Wagon" activation, located on-site at KCHA (1248 Greenbrier St, Charleston) and the entrance of the arena before the show.

TWO-TIME GRAMMY AWARD-WINNER AND REIGNING ACM FEMALE VOCALIST OF THE YEAR MIRANDA LAMBERT RETURNS TO THE ROAD THIS FALL ON THE ROADSIDE BARS & PINK GUITARS TOUR 2019 – AND SHE’S BRINGING A HEAVYWEIGHT ROSTER OF FEMALE POWERHOUSES ALONG FOR THE RIDE.

Multi-Platinum and GRAMMY-nominated recording artist Elle King released her critically-acclaimed second album, Shake The Spirit in October 2018, featuring current single “Baby Outlaw.” Shake The Spirit is the follow up to her debut album Love Stuffwhich featured her breakthrough single “Ex’s & Oh’s,” and earned her two GRAMMY nominations and was certified double Platinum. The track hit No. 1 on Billboard’s Hot Rock Songs Chart, and topped the AAA, Hot AC, and Alternative Radio charts, leading King to become the second female artist in 18 years to reach No. 1 at the latter format. She was also featured on Dierks Bentley’s GRAMMY-nominated No. 1 Country Airplay hit “Different For Girls”
(she performed it with Bentley at the CMA Awards and took home an award for “Musical Event of the Year”). King also performed for President Obama in honor of Mavis Staples at the 2016 Kennedy Center Honors.

Combining the talents of acclaimed country forces of Miranda Lambert (Lone Star Annie), Ashley Monroe (Hippie Annie) and Angaleena Presley (Holler Annie), Pistol Annies deliver a high-spirited take on life the way real people live it. Songwriters/vocalists, the Annie collective allows the women the
freedom to explore the genre (roots music) beyond their individual careers celebrating friendship, the rough patches and girl power. Having recorded with both the Chieftains and Jewel, their music has also been featured on The Hunger Games: Songs from District 12 and Beyond. They have released three albums, 2011’s gold-certified Hell on Heels, which produced the platinum single “Hell On Heels”, 2013’s Annie Up which highlights their single “Hush Hush” and the recently released Interstate Gospel (Nov 2018).

Canadian-born, Nashville-based Tenille Townes is “poised for a breakthrough” (Refinery29). On top of an ever-growing list of accolades that includes iHeartCountry’s next "On The Verge” artist, Amazon Music’s “2019 Artists To Watch,” The Bobby Bones Show’s “Class of 2019,” CMT’s “Next Women of Country,” CMT’s “Listen Up,” iHeart Radio’s “Artists To Watch in 2019” and the inaugural class of “Opry NextStage,” Townes is currently on Dierks Bentley's extensive Burning Man Tour through August 2019. She’s garnered widespread attention including praise from Billboard, The Tennessean, Sounds Like Nashville, The Boot and NPR Music, who hails, "Like her role models Bruce Springsteen and Lori
McKenna, Townes brings passion and empathy to songs that capture the complexities of the heartland. With her distinctive, raspy voice and hard-driving guitar style, Townes has the heart of a rocker. She’s part of a generation of young country artists refreshing the genre by pushing its boundaries." Townes'
debut single, “Somebody’s Daughter,” recently reached No. 1 on both Mediabase and Nielsen BDS Country Airplay in Canada and is currently top 30 and rising in the U.S. Her highly-anticipated
forthcoming full-length debut album, produced by Jay Joyce, will be released in 2019 on Columbia Nashville. Listen to Townes discuss the album and perform several songs off of it during a recent NPR/WXPN "World Cafe Nashville" session HERE.