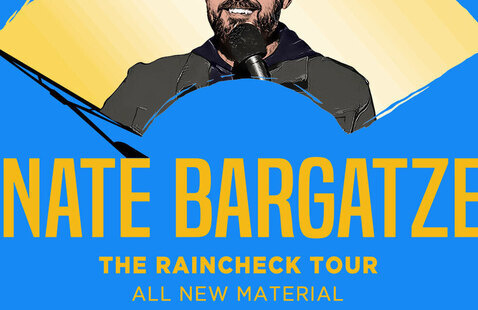 Stand-up comedian Nate Bargatze brings his new The Raincheck Tour to Charleston at the Charleston Municipal Auditorium on Saturday, April 2, 2022.  Fresh off the release of his highly anticipated 2nd Netflix special, The Greatest Average American, now streaming worldwide on Netflix, The Raincheck Tour will feature all new material.