NEEDTOBREATHE Into The Mystery Acoustic Tour 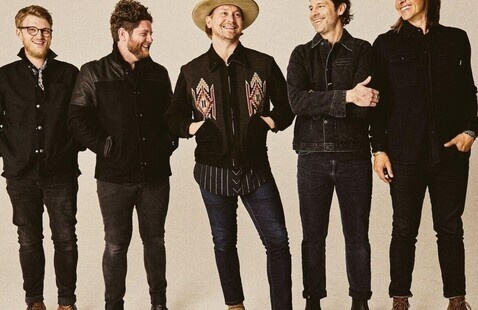 https://www.theclaycenter.org/ #NEEDTOBREATHE
View map
Add to calendar
Save to Google Calendar Save to iCal Save to Outlook

GRAMMY® Award-nominated rock band NEEDTOBREATHE have announced an intimate acoustic tour of North America in support of their latest critically acclaimed studio album Into The Mystery. The 26-city Into The Mystery Acoustic Tour will stop in Charleston on Saturday, May 21st at 7:30 PM at the Clay Center for the Arts & Sciences. Patrick Droney will provide support. Pre-sale tickets will be available to The Insiders Fan Club beginning tomorrow, February 4 HERE, and general on sale begins next Friday, February 11 at 10:00am local time at http://www.theclaycenter.org.

NEEDTOBREATHE’s latest studio album Into The Mystery is available now via Elektra Records HERE. The album debuted in the Top 10 across three Billboard charts and received praise from Rolling Stone, Billboard, People, American Songwriter, and more. Leading into release, the band performed Into The Mystery’s lead single “I Wanna Remember” alongside Carrie Underwood at the 2021 CMT Music Awards. NEEDTOBREATHE also delivered unforgettable performances on CBS’s The Late Show with Stephen Colbert and The Late Late Show with James Corden, and ABC’s The Wonderful World of Disney: Magical Holiday Celebration.

NEEDTOBREATHE is presented at the Clay Center with support from Roger L. Nicholson. The Clay Center’s performing arts and visual arts offerings are presented with financial assistance from the West Virginia Department of Arts, Culture, and History, and the National Endowment for the Arts, with approval form the West Virginia Commission on the Arts.