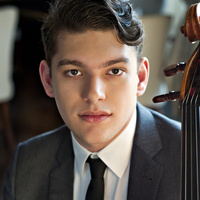 The Oregonian once described Gabriel Cabezas as “an intense player who connects to music naturally, without artifice, and brings a singing line to the cello.” Cabezas combines a superb technique, intellectual curiosity and a pioneering musical spirit to his work and has appeared as a soloist with some of America’s finest orchestras, including those of Chicago, Cleveland, Detroit, Houston, Los Angeles, Nashville, New York, Philadelphia, and Pittsburgh. Cabezas’ appearance is made possible by a partnership with Astral Artists.

Gary Fry is an Emmy-winning Chicago-based composer with a passion for working with young people, particularly in choral music. The WVSO commissioned Fry to write a special arrangement featuring the WVSO and the Appalachian Children’s Chorus.