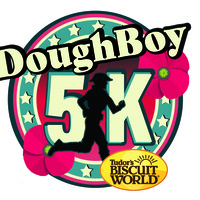 Join us for the Nitro Doughboy 5K presented by Tudor's Biscuit World during Nitro's Boomtown Days Festival. This run will celebrates the City of Nitro unique beginning and heritage tied to World War I. Participants will begin the run at the Nitro Living Memorial Park on 21st Street in downtown Nitro to Ridenour Lake and loop back. The 5k will end at the Living Memorial Park. The course is mostly paved with some gravel trail sections. Proceeds benefit the Nitro Historical Society's Nitro WWI History Museum.

Registration/Check-In begins at 7 a.m. and the race begins at 8 a.m.

Those wanting to be entered in the Most Patriotic Runner Award most come to the Living Memorial Park stage at 7:30 am for judging prior to the start of the race.