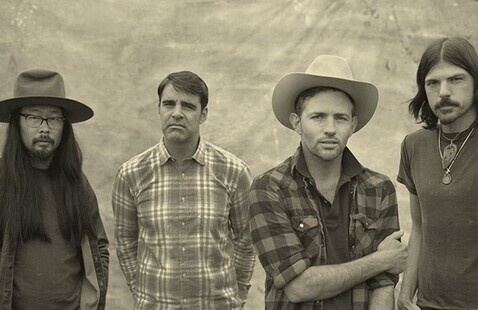 https://www.chaswvccc.com/events/2020/the-avett-brothers
View map
Add to calendar
Save to Google Calendar Save to iCal Save to Outlook

Last year, The Avett Brothers released their critically acclaimed documentary May It Last: A Portrait of The Avett Brothers, which was co-directed by Judd Apatow [Doc & Darryl, Knocked Up, The 40-Year-Old Virgin] and Michael Bonfiglio [My Next Guest Needs No Introduction with David Letterman, Jerry Before Seinfeld]. The film followed the band as they wrote their Grammy nominated album True Sadness. The film was released theatrically and debuted on HBO on January 29th. In support of the film the band appeared on NBC’s The Tonight Show Starting Jimmy Fallon, Today Show, and Sirius XM.

**The Avett Brothers show originally scheduled for June 5, 2020 at the Charleston Coliseum has been rescheduled to May 13, 2021. Your tickets at will call be honored at the rescheduled show. If you are unable to attend the new date, refunds are available until October 4, 2020.

*All tickets purchased for the original show date will be honored at the rescheduled date, and no further action is required at this time. For any further ticket inquiries please reach out to point of purchase.