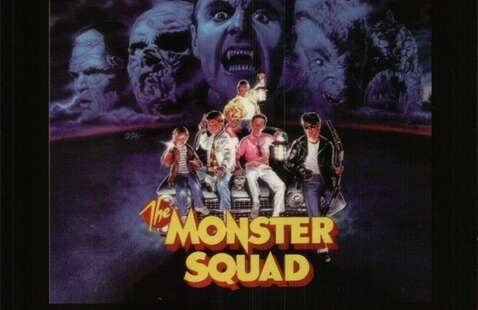 The Alban Arts Center and Spotlight Communications Present the “Monstrous Event of the Summer! Celebrate the 35th Anniversary of “The Monster Squad’s” Release with Film Stars Andre Gower and Ryan Lambert!

Are you in the Club? “The Monster Squad” was released in theaters in 1987 and though it was not considered a box-office success, it developed a cult-following through the years as one generation handed it down to the next.

The film, written by writer/directors, Shane Black and Fred Dekker, centers around a group of kids who spent most of their afternoons talking about monsters, only to be called to action to save the world when Dracula, Frankenstein, the Wolfman, Gill-man and a Mummy show up in their town, planning world domination.

Tickets are available at http://albantickets.com. The price of admission ($45) includes the screening, and the Q and A. Ticket holders will also have the opportunity to get photos with Andre and Ryan after the Q and A and have movie items autographed. A Livestream of the Q and A only will be available for $10.

You can find out more about the event by visiting our social media pages: