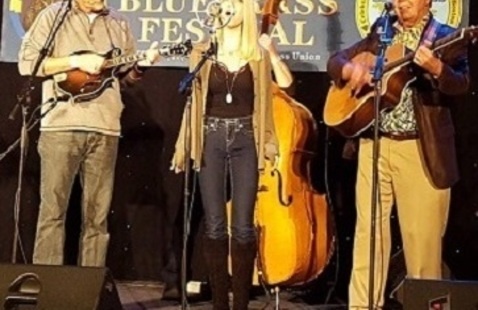 Bluegrass Kitchen, Tap Room View map Free Event
Add to calendar
Save to Google Calendar Save to iCal Save to Outlook

http://www.bluegrasswv.com/
View map Free Event
Add to calendar
Save to Google Calendar Save to iCal Save to Outlook

The Songcatchers have an early-country sound reminiscent of The Carter Family, Bill Monroe, and Doc & Merle. Featuring the crystal clear vocals of eighteen year old Ashley Lilly and the versatile guitar and of her father, Dr. Everett Lilly, vocal harmonies are a big part of the group's trademark sound.

The Songcatchers have appeared widely including Mountain Stage, the Vandalia Festival, the Joe Val Festival near Boston, and the famed Lincoln Theater with Doc Watson.

Rounding out the group are Bill Atkinson on Mandolin and harmonies, and West Virginians Daniel Gravely on rhythm guitar and Brian Taylor on acoustic bass.

Now based in Johnson City, TN the Songcatchers continue to make appearances in West Virginia which both Ashley and Everett claim as their home. As Everett says, “my roots are here in the mountains and I am and will forever be a West Virginian.”