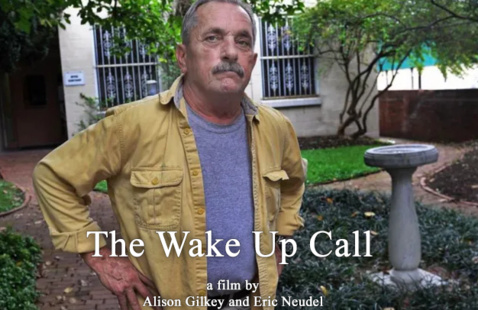 https://festivallcharleston.com/event/the-wake-up-call-a-west-virginia-heros-life-wv-documentary-premiere/ #festivallcwv
View map
Add to calendar
Save to Google Calendar Save to iCal Save to Outlook

“The Wake Up Call,” documentary by Storyline Motion Pictures is about the remarkable and heroic international life of West Virginia native Dave Evans. He had a notable, worldly career until the age of 68.

The documentary profiles Dave Evans’ 50-year career making and fitting artificial legs, arms, and hands for civilians and combatants in conflict zones and numerous countries around the globe, after losing his own legs below the knees in Vietnam.

The 71-minute film, with interviews and footage from around the world, was crafted by Alison Gilkey and Eric Neudel (see profiles below). Their Storyline Motion Pictures is a small documentary film company based in Natick, Massachusetts, whose goal is to craft “thought-provoking, high quality programs about often overlooked social issues.”

The documentary’s West Virginia premiere is preceded by its world premiere April 17, 2022, at the Boston International Film Festival.