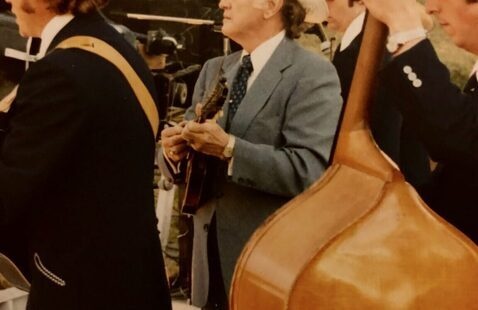 https://festivallcharleston.com/event/wvmhof-photo-exhibit/ #festivallcwv
View map
Add to calendar
Save to Google Calendar Save to iCal Save to Outlook

The West Virginia Music Hall of Fame  and Photographer Pat Bauserman have created an exhibit documenting The Skyline Bluegrass Festival which was held from 1976 to 1985 in Greenbrier County, WV.

With visuals, narratives, and a short video, the exhibit will illustrate the festival’s significance in the musical history of West Virginia and Appalachia.

Skyline was one of the largest and most notable bluegrass gatherings in the Eastern U.S. and featured bluegrass greats like Bill Monroe, John Hartford, Doc Watson, and Ralph Stanley as well as many WV artists. The festival was the first major bluegrass festival in West Virginia and drew audiences of 10,000-15,000.

Bauserman was the only photographer on stage and documented all of the festivals.

The exhibit was created with funds from The Jeanne G. and Lawson W. Hamilton, Jr. Family Foundation, and The James B. Peyton Fund.