Treasure Island presented by the Children's Theatre of Charleston 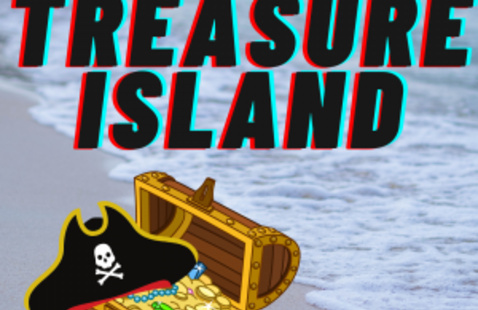 Charleston Coliseum & Convention Center , Theater View map
Add to calendar
Save to Google Calendar Save to iCal Save to Outlook

http://www.ctoc.org/shows #CWV
View map
Add to calendar
Save to Google Calendar Save to iCal Save to Outlook

In this version of Treasure Island, Jim Hawkins and his widowed mother run an old inn in Western England. One foggy morning, a pirate on the run ends up at the inn, befriending Jim and pressing into the lad’s hand a tattered, old, wrinkled, and torn piece of paper. Suddenly, a band of cut-throat pirates show up at the inn, feverishly searching for what Jim’s been given! With the help of his town’s squire, Jim realizes he’s been given a secret map to a buried treasure of gold and silver. On board the Hispaniola, Jim learns that the crew they hired are not sailors but pirates captained by peg-legged Long John Silver. But Long John Silver and his treasure-stealing pirates are in for an immense surprise! The treasure they think they’ve found has been stolen by a half-crazed, hilarious hermit. A breathtaking tale told by two hilarious narrators who, at times, become part of the play’s fast-moving action!