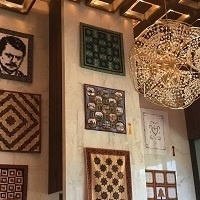 West Virginia and the Civil War

“West Virginia and the Civil War” will feature four dynamic Civil War historians and speakers: Richard L. Armstrong, Hunter Lesser, Dr. Katharine Antolini and Terry Lowry. During an hour-long break between the morning and afternoon sessions, attendees will have an opportunity to inspect Civil War artifacts from the personal collections of presenters and the Archives and History holdings. Richard A. Wolfe, author of West Virginia in the Civil War, also will be on hand with an exhibit of his award-winning Civil War photographs, and Steve Cunningham will have a table with books from his publishing company, 35th Star Publishing.

10 – 11 a.m. – Richard L. Armstrong presents “The Battle of Lewisburg.”
The early morning hours of May 23, 1862, brought the horror of war to the residents of the small, mountain town of Lewisburg, Virginia (now West Virginia). Lewisburg felt the fury of a battle waged in her streets. Armstrong, a Bath County, Virginia, native and U.S. Air Force veteran, worked for the Bath County Sherriff’s Office for 33 years. As a teenager, he developed a strong love of Civil War history, particularly action in the western portion of Virginia. He has written 14 books and articles.

11 a.m. – noon – Hunter Lesser presents “The Crooked Road to Freedom: Strange Tales of Slavery and Emancipation.”
Slavery is a sordid and often misunderstood chapter of America’s past. This fresh look at the “peculiar institution” explodes old myths and reveals the surprising role of slaves, soldiers and army commanders in the tortuous quest for freedom. Lesser, an author, interpreter and preservationist, enjoys sharing forgotten tales from history that offer lessons for the digital age. He is the author of Rebels at the Gate: Lee and McClellan on the Front Line of a Nation Divided and coauthor of Cambridge History of the American Civil War, soon to be released by Cambridge University Press.

1 – 2 p.m. – Dr. Katharine Antolini presents “Herstory of the Civil War.”
This presentation explores the roles that women of western Virginia served during the Civil War, both on the home front and the war front. Dr. Antolini is an associate professor of American history and gender studies at West Virginia Wesleyan College. She specializes in women’s history, which includes a teaching and research focus on women during times of war.

2 – 3 p.m. – Terry Lowry to present “Hold the Kanawha at All Costs: Military Operations in the Kanawha Valley, 1861-1865.”
At the outbreak of hostilities between the North and South in 1861, the Kanawha Valley of (West) Virginia became prime real estate for both the Union and Confederate armies. The various campaigns, battles, and many of the soldiers and events of note in the Kanawha Valley will be discussed. Lowry, a musician, historian, and author, has written numerous books and articles about the Civil War, many covering action in present-day West Virginia, among them The Battle of Charleston and the 1862 Kanawha Valley Campaign.